Please join us as Mark Kiefer, Chair of the Board of the Beacon Hill Civic Association, shares with us the remarkable life story of his great-aunt Nora Waln (1895–1964)—Quaker, journalist, and best-selling American memoirist and correspondent from Asia and Europe for The Atlantic Monthly and The Saturday Evening Post. 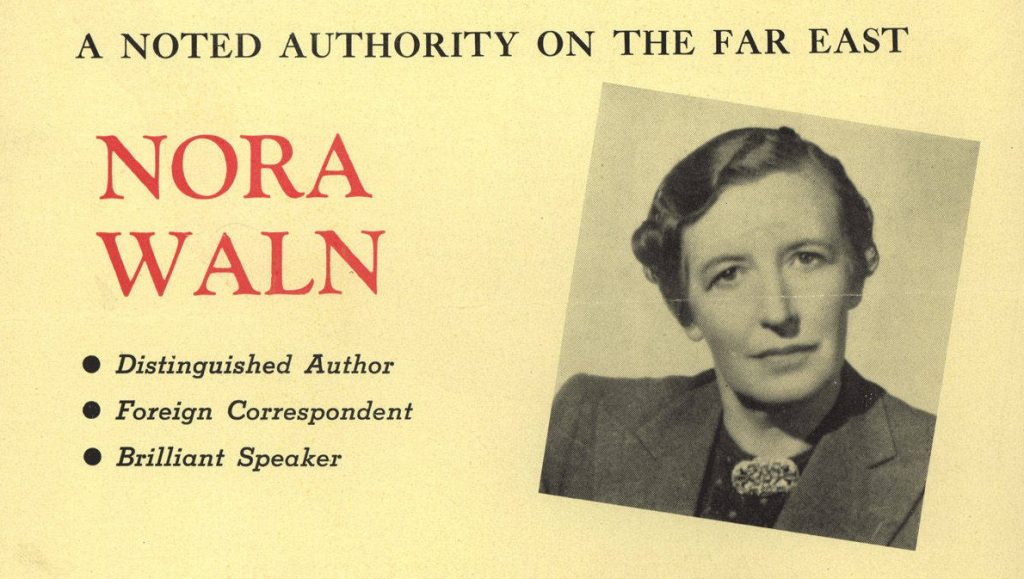 Growing up in rural Pennsylvania, Nora’s chance discovery of her family’s connection to the Philadelphia China trade changed the course of her life, eventually taking her to China where she lived as the adopted “daughter of affection” of a noble Chinese family, the first Westerner to set foot in the homestead in 650 years, during the turbulent post-dynastic period of the 1920s. She saw much unrest and violence in her twelve years in China, but it was only later in Germany, where she witnessed firsthand the rise of the Nazis to power, that Nora’s convictions about what it meant to be a Quaker were fully formed. She would at great risk find the courage to write the truth about Germany, eventually having her work confiscated by the Nazi censors and narrowly escaping the country’s descent into war in 1938. Nora later served in the Friends Ambulance Unit in Britain during World War II and went on to report from the Nuremberg Trials, post-war Japan, and the Korean War.

See more info on Facebook or Eventbrite. This presentation is part of the Beacon Hill Friends House’s Spring 2018 speaker series, “Living Our Values” – exploring what it means to truly live in alignment with the values we hold. All are welcome. Childcare during the event will be available if requested in advance.

Located in downtown Boston, Beacon Hill Friends House is a center for Quaker education and witness, the home of Beacon Hill Friends Meeting, and a residential intentional community inspired by Quaker principles. Since 1957, between 18 and 22 people each year have made a home at the Friends House based on Quaker principles of faith, simplicity, integrity, community, and social responsibility.